I was lucky enough to be invited to speak at a leadership conference about applying a ‘Bright Spots’ approach to tackling problems and have received a number of requests for further information around the idea.

At the outset, I should make it clear to everyone that I unfortunately did not come up with this idea. Rather, the approach was popularized by Chip and Dan Heath in their book ‘Switch’.

In the book, Dan and Chip Heath describe a seemingly counterintuitive way of looking at problems which is centred on replicating success, rather than solving problems.

Take my hobby of growing pumpkins.

There I am, trying my best to grow a prize pumpkin so as to decimate my neighbour Jim in the annual harvest festival.

But lo and behold after 3 months, six out of the ten pumpkins have barely grown at all and another two appear to have ceased to live.

But I’m determined. After all Jim couldn’t be more deserving of a trouncing at the pumpkin festival.

So I begin to try and figure out the problem, checking the acidity of the soil, ensuring my automated watering system is working, my gate is locked to keep Jim out and ensuring there is sufficient horse manure to keep my infant pumpkins thriving past their awkward teenage years.

But here’s the problem, as I’m spending time chastising my dog for the teeth marks on the watering system, which Jim assured were not his, I’m diverting all my attention into solving pumpkin-related problems, rather than trying to replicate pumpkin-related success.

Put simply, I’m ignoring those two pumpkins which appear to be thriving.

And in a nutshell this is the idea behind the ‘Bright Spots’ approach: don’t solve problems, copy success.

It is also a helpful reminder in the world of international development where we can become obsessed with the process of solving problems, when the solutions might have already presented themselves through past success.

In fact, this was one of the very examples cited in their book. Specifically, in 1990, Jerry Sternin arrived in Vietnam with the ‘Save the Children Fund’ with a brief to ‘fix child malnutrition in 6 months’.

Now Jerry, knowing very little about Vietnam, knew a lot about the causes of malnutrition; poor sanitation, poverty and a lack of clean water.

But how does a person make a dent on these problems in 6 months?

Taking the context as given, he started looking for ‘Bright Spots’.

He did this by touring village after village and looking for children who were less malnourished than their peers, despite facing the same context of poverty and poor sanitation.

From this he then started to build a picture of what the mothers of these children were doing differently.

What he found was striking. You see, the accepted wisdom was in order for children to avoid malnutrition their parents should feed them soft foods with clean rice two times a day.

Yet the mothers of the ‘Bright Spot’ children were doing something quite different.

Secondly, they were supplementing the meals with locally available food (such as crabs and shrimp which lived in the rice paddies), which provided an additional source of protein and nutrients.

Armed with this knowledge, he started to implement cooking classes run by the ‘Bright Spot’ mothers to cement the knowledge.

Six months after Sternin had come to the Vietnamese village, 65% of the kids were better nourished and stayed that way.

Later researchers who gathered independent data found that even children who hadn’t been born when Sternin left were as healthy as the kids he’d reached directly.

The program was expanded and today has reaches 2.2 million Vietnamese people in 265 villages (Source).

But the significance of this approach extends far beyond pumpkins and shrimp.

In fact in the world of economics this idea couldn’t be more relevant, as we are often looking for general relationships. Take the relationship between how happy somebody says they are and wealth provided in the figure below:

Life satisfaction tends to increase with GDP per capita

Now for the many of you who have made it your life’s work to avoid the painful process of interpreting graphs, the key idea to get out of this is that as a general rule individuals in more wealthy countries have greater levels of life satisfaction.

But we can clearly see that this isn’t true for all countries. For instance, Argentina’s average income is as high as New Zealand’s, but they’re not very satisfied.

On the other hand, China is much poorer than France, but has higher levels of satisfaction.

In the world of statistics we might call China and New Zealand ‘outliers’, as they’re countries which seem to be bucking the trend.

Now although this is not very surprising, given that we all know that money doesn’t buy happiness (although it helps), it does provide a great example of how we might look to use the approach, even in the (sometimes) boring world of economics.

Instead of trying to get more happiness through raising incomes, why not examine what makes people in New Zealand and China more satisfied to see if we can replicate it?

Perhaps build on your strengths, rather than focusing on the identified weaknesses.

Focus on those you’ve managed to keep and nurture success.

Steal your neighbours pumpkin seeds, rather than sabotaging their watering system.

If you would like to read more about this idea, you can pick their book up here. 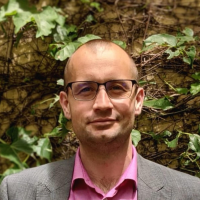 hey giles! you have a way of writing serious stuff that makes it a fun and funny read. cheers =D

Thanks Dama! That’s definitely what I like to shoot for 🙂